Is Your Mind Affecting Your Body? 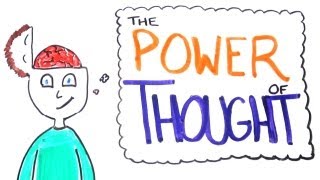 There is plenty of evidence that demonstrates how the mind can affect the body.

Watch this video to find out more about The Piano and Finger Flick Study.

In 1994, Harvard scientists taught a piano tune to a group of volunteers. The tune was complex enough that they need to use all their fingers to play it. They were instructed to play it repetitively for two hours a day, for five consecutive days.

Another group of volunteers didn't actually touch a piano at all. They just imagined playing the tune, note by note, with all the right fingers. This ‘mental practice’ or ‘visualisation’, happened for exactly the same amount of time as the others; two hours a day for five consecutive days.

The brain scans taken over the five days show the changes to the brain in the two groups are almost identical. The brain can't tell the difference between reality and what is vividly imagined. Not only was there no difference in the brain’s response, there was a significant effect on their physical performance.

After five days the physical ability, measured by the number of mistakes made, of the visualisation group, was at the same level as those that had been physically practising for three of the five days.

After the study, just two hours of physical practise was all that was required for the group that had only imagined themselves playing the tune to reach the same level of physical ability as those that had physically practised for the full five days of the study.

This study was carried out by the Learner Institute in 2003.

A group of volunteers visualised exercising their little finger over a period of 12 weeks; for 15 minutes per day, 5 days per week.  They were encouraged to imagine how it would feel as they visualised the exercises.

Their change in muscle strength was compared to a control group that didn’t do any visualisations or physical exercises.

By the end of the 12 week study the muscle strength of the group visualising had improved by 35%. This continued improving to 40% four weeks after the study and training had ended.

Are you interested in finding out more about how you can use your mind and body connection to make some positive difference to your life? I offer a free initial telephone consultation for you to ask any questions and to see if we can work together.

So, whether you would like to overcome a habit, take control of a difficult area of your life or feel happier, contact me and start to make some positive changes to your life.